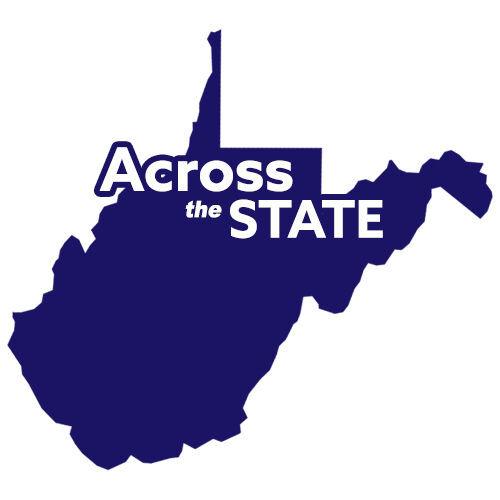 The reopening of long-dormant mooring cells along the Ohio River in Weirton will be key to plans the Frontier Group of Companies has for the former steel-making property it has been working to redevelop in the city.

The company, which purchased more than 1,100 acres of property from ArcelorMittal USA in 2016, announced this week an agreement with Industry Terminal and Salvage to operate the port facility, which officials said will provide a new mode of access to the site.

Brad Busatto, president and owner of IT&S, explained his boats transport barges along the Ohio River and other corridors, connecting with larger ports in other parts of the country, and, eventually, foreign markets.

“This port connects Weirton to the world, and the world to Weirton,” Busatto said.

According to Busatto, once fully operational, the port will have the capacity for close to 100 barges to be docked in Weirton at any one time, bringing cargo to businesses located in the community, and allowing them another avenue to ship their product.

Several of Industry Terminal and Salvage’s barges were docked at Weirton Wednesday afternoon, with Busatto pointing to some of the cargo, including sand and gravel used in construction, gypsum, methanol, pig iron, ferro silicon and ferro chrome.

Wheeling Health Right is moving forward with a $300,000 plan to expand and add services.

“We are working with a mechanical engineer, an architect, and an electrical engineer,” said Executive Director Kathie Brown. “We’re hoping to get bids out soon. We’re wanting to break ground by October.”

She remains optimistic the project will proceed quickly once it begins, and she hopes work will be done early in 2022.

Wheeling Health Right has plans to construct a drive-up pharmacy, and also add more space for dental operations and storage at the clinic, located at 61 29th St. in South Wheeling.

The current conference room at Wheeling Health Right will be turned into a second dental operatory area, and an additional storage room for needed personal protective equipment also will be placed there.

The project then includes the construction of a new conference room, as well as a drive in pharmacy. The drive-in option will provide patients the options of picking up prescriptions without having to come inside.

Pediatrics care for children age 4 and under could be coming in the future, according to Brown.

“There’s only one addition. The rest of the project is renovations in the current conference room,” she said. We will start the renovations once we get the addition under roof.”

The WVU Industrial Assessment Center, housed in the Benjamin M. Statler College of Engineering and Mineral Resources, will receive a proposed $2.19 million in total project funding for the next five years to accomplish that and to train the energy workforce of tomorrow.

Founded in 1992, the WVU-IAC assesses ways for small- and medium-sized enterprises, water treatment facilities and other large energy-using facilities to optimize energy and environmental performance. It is part of a cohort of 32 IACs across the country that will focus on improving productivity, enhancing cybersecurity, promoting resiliency planning and providing training to entities located in disadvantaged communities.

Jim Sypolt has told the town council that Terra Alta is just one malfunction away from having no water service.

The town has been running on one well pump out of three — and that one has been experiencing electrical problems. The pumps on the other two wells — both installed in 1996 — were not used regularly or maintained.

The town council in May voted to authorize $20,000 to be spent as matching funds for a West Virginia Infrastructure and Jobs Development Council emergency grant to replace the trio of well pumps.

At Thursday’s special meeting, council members were told the work has started on the replacement project. They voted to pay Three-D Drilling for repairs on the three pumps from the grant and matching funds.

Some county employees will be $3,000 richer after the Jefferson County Commission voted at Thursday’s meeting to grant the one-time stipend to those who faced and continue to face the greatest health risks due to their service during the COVID-19 pandemic.

The funds, which amount to up to $13 an hour in additional wages, will be administered retroactively, dating back to Jan. 27, 2020, and are available due to the American Rescue Plan Act. The bonus will be given to full-time regular employees and, as Commission President Steve Stolipher said Thursday, the motive, above all else, is to make sure that the county takes care of its own.

“We’re only as good as the employees we hire,” Stolipher said. “I think it’s very important to take care of them, and I think we need to compensate them. It’s a token of appreciation for the hard work they do.”

During Wednesday’s Blue Ridge Community and Technical College board of governors meeting, enrollment numbers for the coming year were discussed as Vice President of Enrollment Management Leslie See presented numbers to the board.

“We do have quite a bit of red in our enrollment for fall of 2021,” See said. “We are working with our continuing students and our new students. The ambiguity of where COVID is going to go definitely has an impact on students’ choice to progress.

“We do have classes starting Aug. 16. We’re still in a very active enrollment period. We’ve completed a few textathons, and we continue to work with our students who are able to continue.”

As of the presentation Wednesday, there were 1,178 degree-seeking students, 12,235 credit HR students and 816 CH FTE students. Each of those numbers are down from fall 2020, by 423, 2,474 and 165, respectively. Other numbers, such as non-degree workforce, are also down, but See said those numbers are not reflective of the work being down at the tech center and other BRCTC avenues.

“Where we land this fall is unpredictable,” she said. “We want to close that gap, obviously. How far we get, we will determine.”

See did note that there were clear decreases from prior to COVID, at the start of COVID and now amid COVID when looking at enrollment.

Demolition work began last week on Bluefield’s Grant Street Bridge. The bridge is being torn down to make way for an all-new span.

The bridge, built in 1941 to provide access from downtown Bluefield and Princeton Avenue to the town’s North End and East Side, has been closed since June 2019, leaving motorists with a lengthy detour to get in and out of those parts of town.

In October 2020, Gov. Jim Justice announced $10.5 million in federal, state and local funding to replace the decaying structure. Highways officials helped hammer out an agreement between Norfolk Southern Corporation and the city of Bluefield, which jointly owned the old bridge.

In the spring of 2021, Brayman Construction Corporation was awarded a contract for $8,097,117.21 to tear down the old bridge and replace it with a brand-new structure.

Replacement of the bridge will provide easy access to all parts of town and U.S. 19.

Officials are seeing hesitancy from people in getting the COVID-19 vaccine locally.

The Wood County Commission talked Monday about the rise in COVID-19 cases statewide through the Delta variant.

Mid-Ohio Valley Regional Health Department officials in January said they would see a drop in COVID cases by the summer, but then would see an increase due to a variant.

“We are seeing that right now in Wood County, as well as the surrounding counties,” said Wood County Commission President Blair Couch, who serves on the health department’s board.

Officials do not believe Gov. Jim Justice will order another mask mandate unless there is pressure from federal officials, he said.

“We are having more people being tested than we did two-three weeks ago,” Couch said.

Medical experts continue to tell the board that the best way to prevent getting seriously sick from COVID-19 is to get vaccinated, Couch said.

In Wood County, people over 65 make up 79.3% of those who have been fully vaccinated. No long-term care facilities in Wood County have had an outbreak, Couch said.

The West Virginia Public Service Commission charged with regulating the state’s utilities, including electric utilities and the coal-fired generating plants that power them, has a new appointee.

Gov. Jim Justice has appointed Bill Raney, who was president and CEO of the West Virginia Coal Association from 1992 through 2020, to join the three-member Public Service Commission.

Raney is poised to succeed Brooks McCabe, whose term expired at the end of June and did not seek another term.

Raney was appointed to the commission panel Monday, according to the West Virginia secretary of state’s website.

Raney has not yet been sworn in or participated in any commission decisions or deliberations, commission spokeswoman Susan Small said, adding that Raney’s swearing-in is scheduled for Aug. 17.

Commission Chairperson Charlotte Lane welcomed Raney to the commission in an emailed statement.

“I am very excited that Bill has been appointed to the Public Service Commission,” Lane said. “I have worked with Bill for 40 years and am very much looking forward to working with him on the Commission for the benefit of all West Virginians.”

Two discordant rulings from West Virginia and Kentucky state utility regulators have left the fate of a Marshall County coal-fired generating facility unclear in a case seen as a key next step in the state’s economic and energy future.

The West Virginia Public Service Commission on Wednesday approved a request by Appalachian Power and Wheeling Power to implement and recover costs for environmental upgrades required to keep the Mitchell facility near Moundsville, the John Amos coal-fired facility in Putnam County and the Mountaineer coal-fired plant in Mason County federally compliant and operating through the end of their planned lifespans in 2040.

The commission approved a surcharge for the companies to recover related construction costs that will result in an increase of about 38 cents on monthly bills for the average residential customer using 1,000 kilowatts a month starting Sept. 1.

But the commission’s decision came a month after Kentucky state utility regulators last month rejected a request by Kentucky Power, another American Electric Power subsidiary and 50% owner of the Mitchell plant, to implement and recover costs for the upgrades at the 50-year-old facility.

Kentucky Power owns 50% of the Mitchell plant along with Wheeling Power, requiring filings to be made in both states.