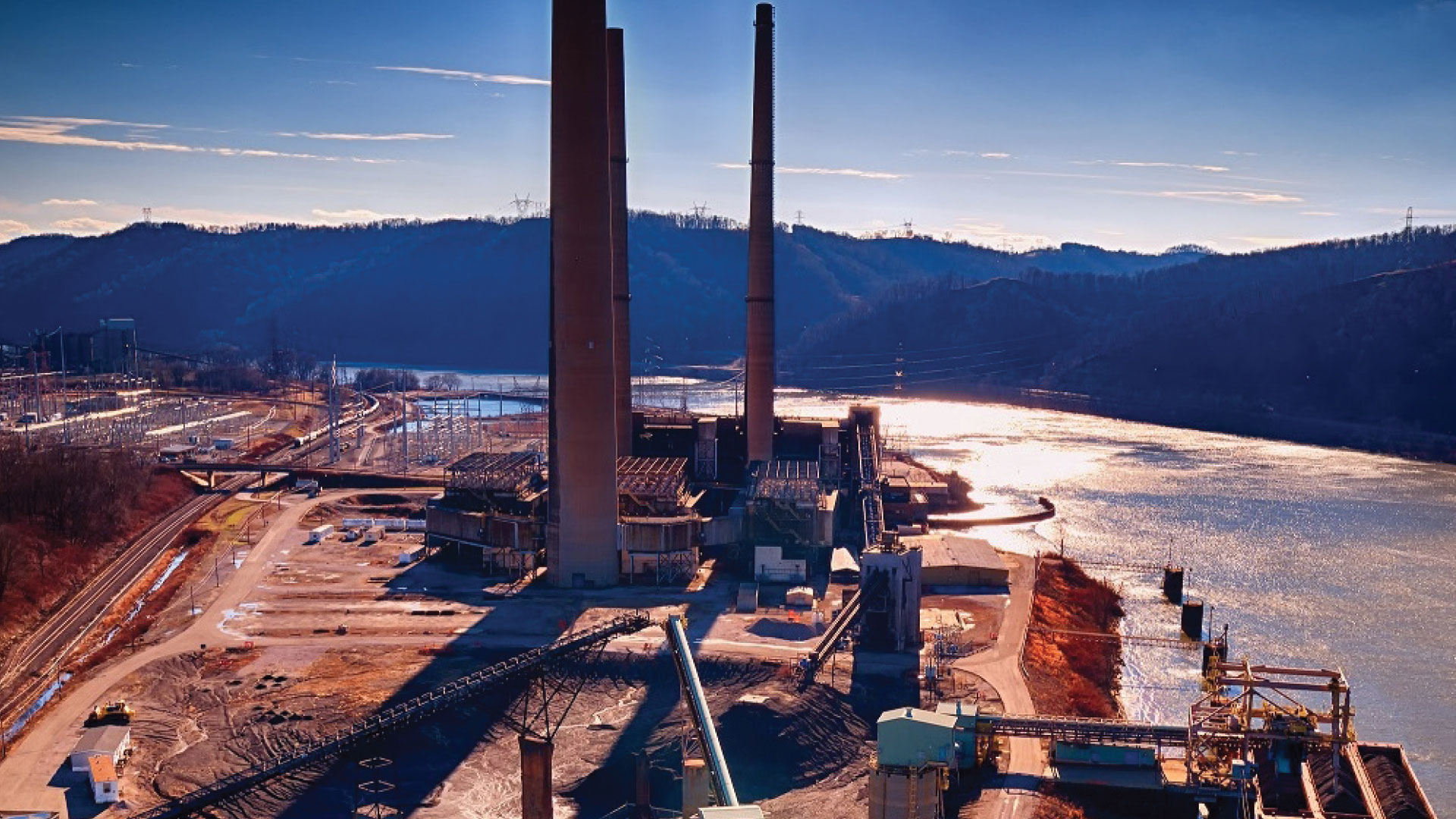 This story was originally featured in The Weirton Daily Times on February 20, 2017 and was written by Casey Junkins.

MOUNDSVILLE — With demolition already underway on portions of its closed Kammer Plant, American Electric Power recently sold the former coal-fired electricity generator to the Frontier Group of Companies for redevelopment.

Frontier is the same firm that recently purchased 1,100 acres of former Weirton Steel Corp. property for demolition and redevelopment and acquired the former Wheeling-Pittsburgh Steel Corp. Mingo Junction plant in 2012. Some of the Mingo facility has been razed, but the hot strip mill and electric arc furnace could soon re-fire to employ up to 350 workers as ACERO Junction.

Although AEP officials declined to disclose the financial terms of the sale to Frontier, company spokeswoman Tammy Ridout said the Kammer deal should result in “prompt redevelopment to provide opportunities for local economic growth.”

“The company will perform environmental and other remediation services, dismantle the plant and prepare the site for redevelopment,” she said of Frontier. “The site encompasses approximately 58 acres.”

Including the 630 megawatts the Columbus, Ohio-based utility firm previously generated at Kammer, AEP shut down 5,535 megawatts across Appalachia in June 2015. At the time of these shutdowns, AEP officials were trying to comply with pending Obama administration environmental regulations, specifically the Mercury and Air Toxics Standards and the Clean Power Plan. The future of these strategies is now in question in light of President Donald Trump’s promises to promote the coal industry, demonstrated by his signing of a resolution repealing the Department of the Interior’s Stream Protection Rule.

“The property has great river access and is located in the heart of the Marcellus and Utica shale formations, which we believe provides great potential for future industrial activity,” Ridout added.

The planned demolition of Kammer would follow last year’s removal of the former FirstEnergy R.E. Burger coal-fired plant at Dilles Bottom, which could become a portion of the PTT Global Chemical America ethane cracker if the company decides to move forward with the plant.

According to Frontier, Bryce Custer, a petrochemical and energy services specialist, will market the Kammer property.

“In addition to Weirton and Mingo Junction, Custer will also be responsible for marketing another of our recent acquisitions — the former AEP Kammer facility south of Moundsville, along the Ohio River,” Frontier President David P. Franjoine said. “Custer’s real estate background in the energy services space (and) knowledge of rail and logistics combined with his chemistry background make him uniquely qualified to represent our interests along the Ohio River corridor.”

Custer said the potential for redevelopment at Kammer and at Weirton is strong, partially due to Royal Dutch Shell confirming plans to build its ethane cracker in Beaver County, Pa.

“We are at the cusp of the next chapter of history for Weirton and the Ohio River corridor — from the Rust Belt to the ‘Plastic Belt,”‘ Custer said of the potential for petrochemical plants such as ethane crackers.

The Kammer plant opened in the late 1950s to provide electricity for the nearby Ormet Corp. aluminum smelter across the Ohio River. The aluminum facility closed in 2013, while efforts to remove and redevelop portions of that property continue,

Only the tallest of the Kammer stacks, which towers to 900 feet, was operating when the plant ran in recent years. The two slightly shorter towers have not been in use since the late 1970s, AEP officials previously said.